Meditation to learn to relax

Sitting around twiddling your thumbs to become smarter, nicer, calmer and more beautiful... would you believe it if we told you it was possible? Yet meditation is kind of like cheating the game of life. With a bit of practice and a hint of technique, the many benefits of the zen lifestyle can change your life for the better and teach you how to fall asleep.

When you regularly practice meditation, your brain transforms: the amygdala, the part of the brain that handles emotions (and most of all fear and anxiety), shrinks! The grey matter diminishes, which means there are less neurons. Don't be scared though, losing neurons isn't a bad thing in this case. It simply means that you don't have neurons to create and entertain negative emotions anymore, it will be physically harder for you to be irritable or unhappy! 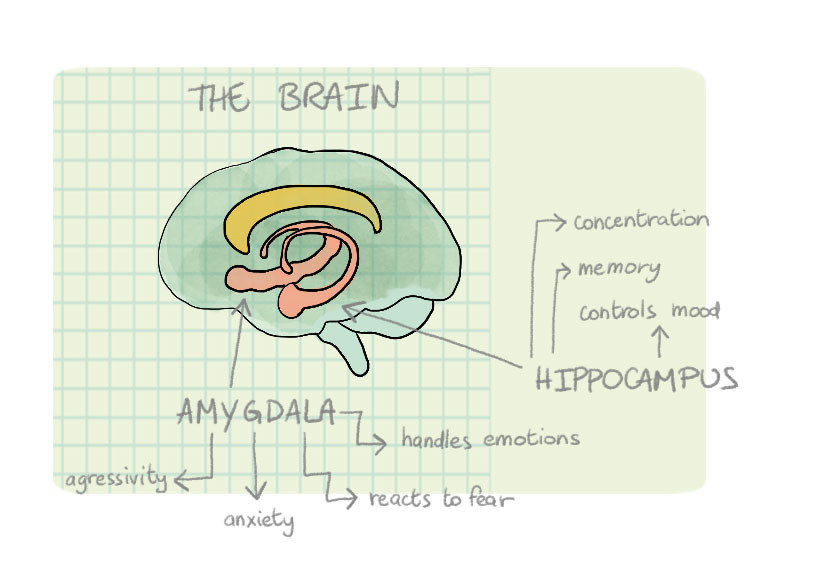 According to a study done at the General Hospital of Massachusetts in 2012, two groups of novices did meditation exercises during 8 weeks and were then exposed to photographs which should have generated positive, neutral or negative emotions.

The first group did mindfulness meditation (breathing exercises): when they looked at the photos, the activity of the amygdala diminished. This means that they felt less negative emotions in general.

The second group did meditation exercises in order to become more compassionate towards others. As a result, their amygdala responded less to photos which were positive or neutral but more to those with negative subject matter. This means they generally felt less negative emotions except when they saw a negative situation happening to someone else. They were more easily touched by the suffering of others.

A study from the American journal Neurology in 2010 offered programmed meditation sessions to patients suffering from multiple sclerosis. Results don't lie: 92% of the participants declare they are in a better mood and less tired, and had a 30% reduction of their depressive symptoms. On the other hand, patients who only received usual medical treatments were more tired and less happy.

Whereas your amygdala's grey matter shrinks, it's the opposite for the left side of your hippocampus: this part of the brain handles memory, self-awareness, introspection and compassion towards others. 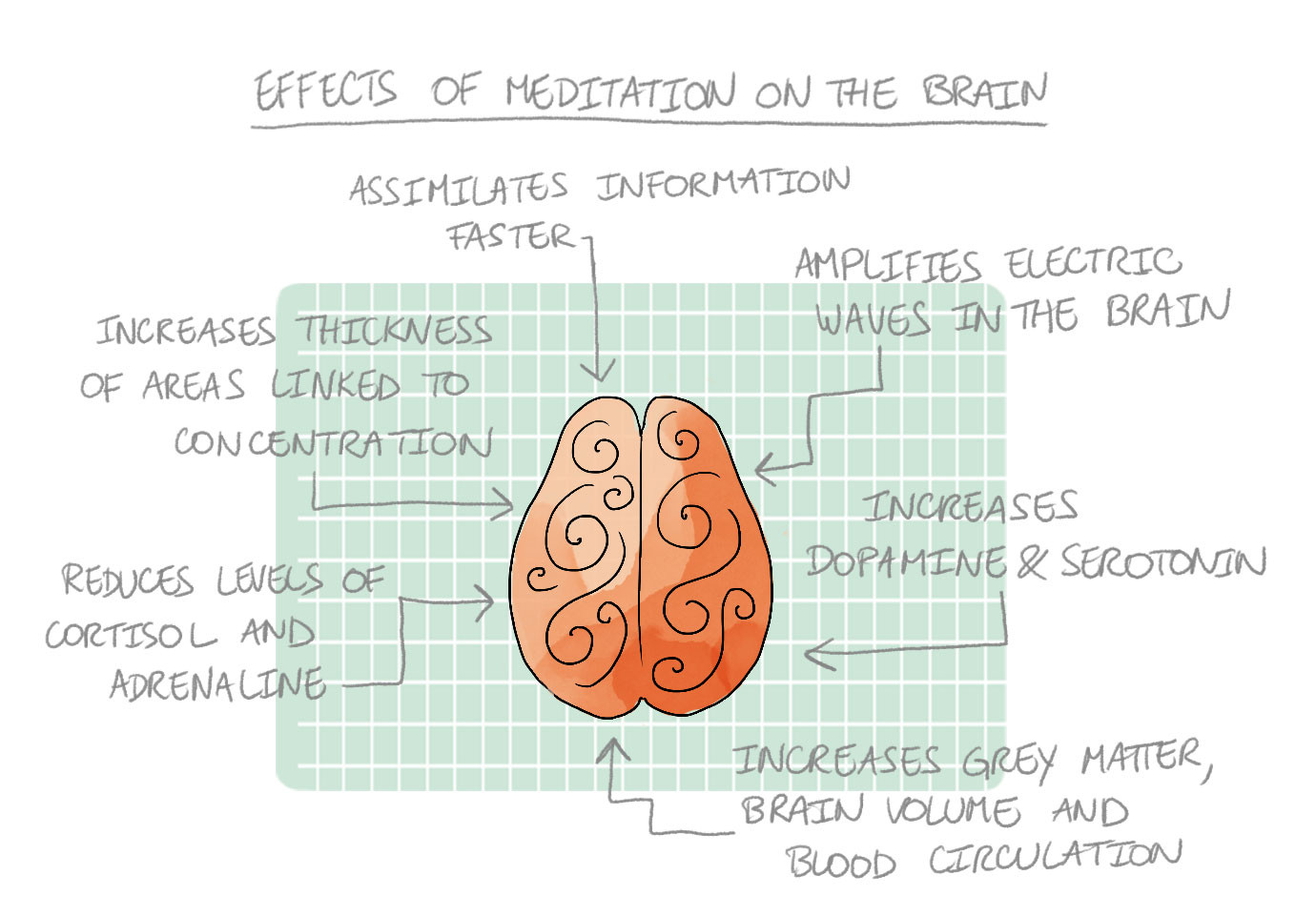 Doctor Fadel Zeidan, a neurobiologist from the Wake Forest Baptist Medical Center, did a study to determine the efficiency of meditation on pain. Apparently, the study was very promising: meditation seems to be more efficient to treat pain than even morphine or anti-pain drugs.

The experiment done by Zeidan goes as follows : he voluntarily exposed volunteers to a thermal probe at 48,8°C (119°F), hot enough to cause pain, and made an MRI scan of their brains. Then, he divided then into multiple groups.

The first group got a placebo treatment with fake anti-pain cream. When they applied the cream before touching the probe, the researchers would lower its temperature.

The second group were taught some kind of "fake meditation" which consisted in breathing slowly for 20 minutes without any other kind of instruction, and playing a tape chosen for its exceptionally boring qualities about the antiquities found in Selborne, a small village in England.

4 days later, Zeidan exposed the volunteers to the probe with shocking results: thanks to the MRI, he noticed that the volunteers who used the placebo effect only had an 11% decrease in physical pain, and a 44% decrease in emotional pain. For the group who learned fake meditation, it was a 9% decrease and a 24% decrease. But the mindfulness meditation group blew them all out of the water with a whopping 27% physical pain decrease and 44% emotional pain decrease !

The persons having done mindfulness meditation didn't use the same parts of their brain to react to pain : their thalamus, the part of the brain that reacts to pain, was inactive, whereas the parts which controlled awareness and cognitive control were active. 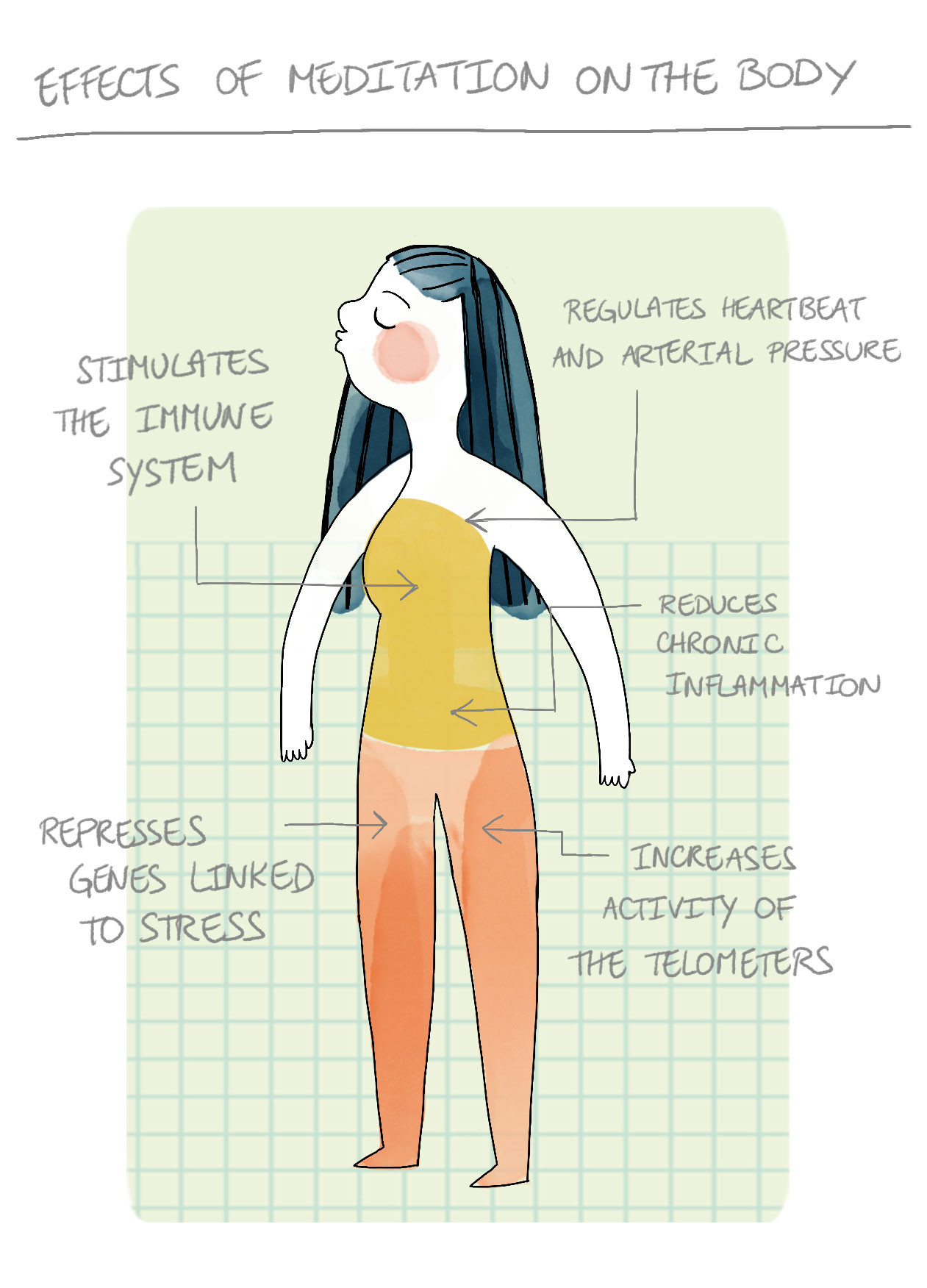 After 2 weeks of classes, all the participants passed these tests: those who followed meditation classes saw their score improve from 460 to 520, but those in the nutrition group did not. 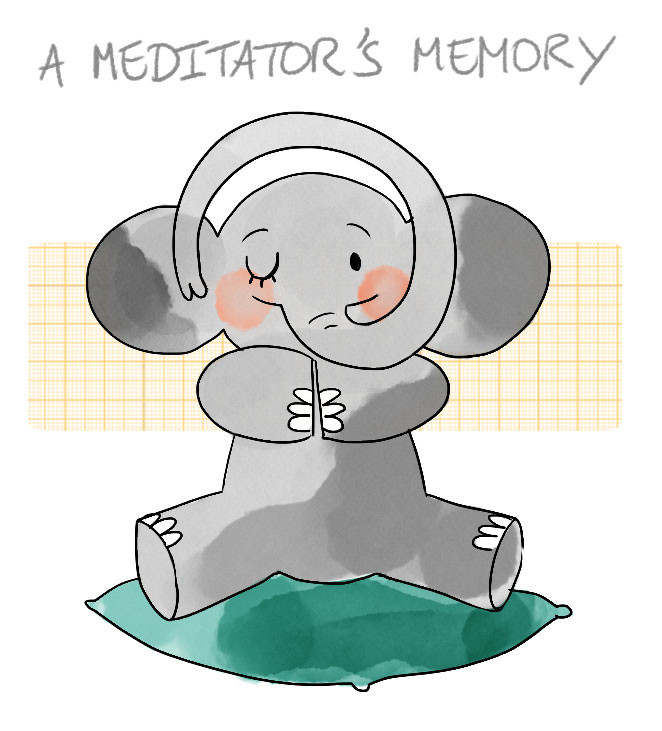 Here is a little mindfulness meditation exercise straight out of Eckhart Tolle's book The Power of Now to dissipate pain. 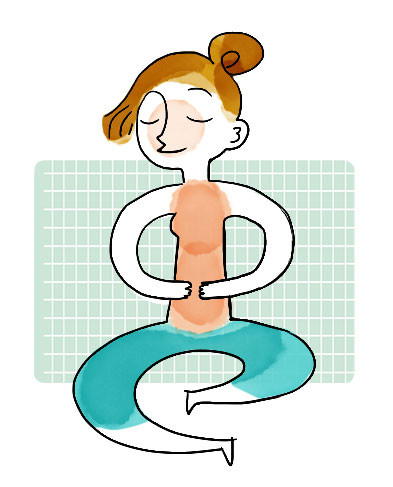 If you would like to take a look at the articles referenced in this article :

Article from Neurology (2010) about meditation to treat multiple sclerosis

Fadel Zeidan's study on the efficiency of meditation as an analgesic

Are you sleep deprived? Find out how it works and how it affects you!

Sleep cycles in adults, how do they work?

Dealing with stress with cardiac coherence

Discover our cardiac coherence exercises to deal with stress and help you fall asleep. Only 5 minutes a day!

With these 9 natural health tips, cure your daily ailments quickly and with ease! Stay healthy by using natural products without wasting money.