Sleeping well obviously has a truckload of benefits (most remarkable is the ability to stay awake the whole day long) - but did you know that sleeping too little could have nefarious consequences ?

Luckily, Dodow is here to teach you how to fall asleep so you don't lose anymore time. Let's look over some of the main reasons for sleep deprivation and their effects, just in case you're tempted to spend too many sleepless nights. 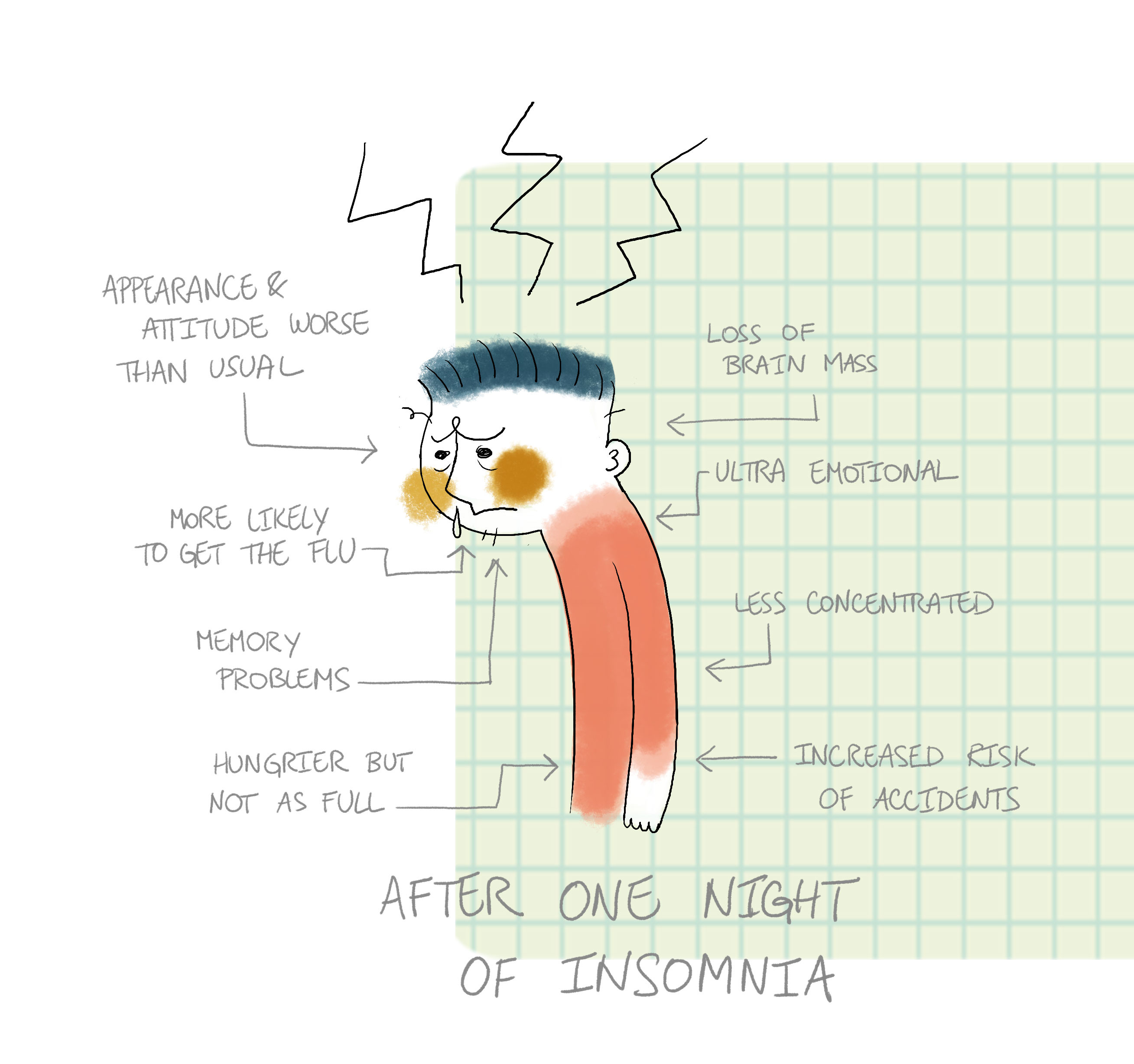 Sleep better to get thinner

When you sleep less, your body becomes a fat factory that produces and stocks fat, and you're the main victim of this ordeal. A study from the French National Sleep and Vigilance Institute reveal that people who sleep a short amount of time are more likely to become obese (an extra 50% for men and 34% for women). Briefly:

As a result, you probably don't realize it but you take bigger food portions and you feel hungrier for fatty foods, sweet foods, and snack randomly (your body is aware of how weak it is and is trying by any means to get some of its strength back).

It doesn't tolerate glucose as well, which puts you at risk for type 2 diabetes. On the long term, if you sleep more than 6 and half hours per night, this tolerance can drop by 40%.

It weakens your immune system and can cause hypertension, among other things.

Obesity is even more dangerous given the fact that it triggers a vicious circle of bad sleeping habits: air doesn't travel as easily to your throat and lungs because of your excess of fat, which can cause obstructive sleep apnea and brief nightly awakenings due to auto-asphyxiation. 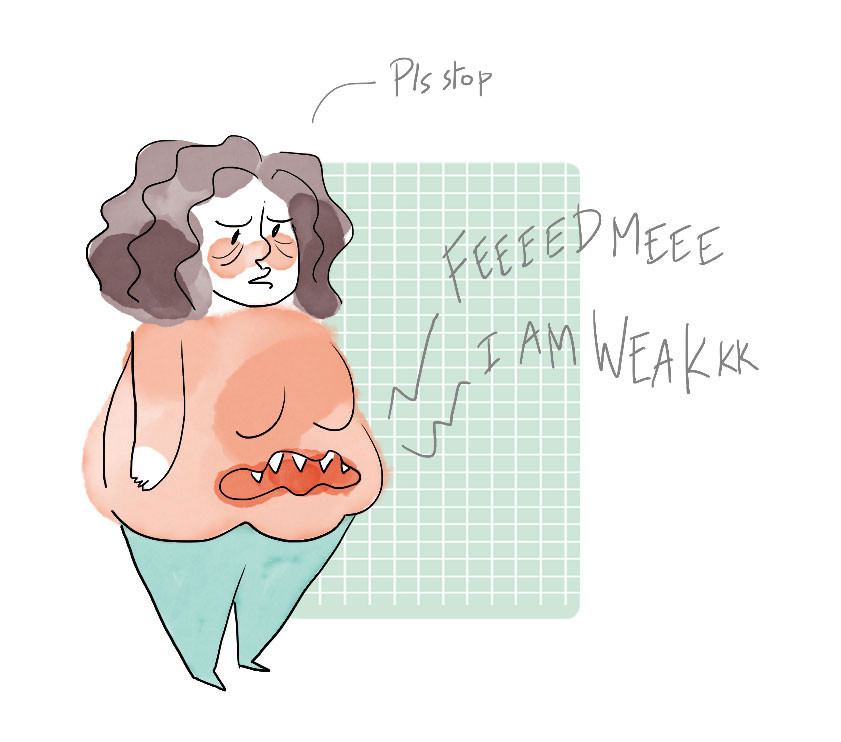 If you travel far often, jet lag is probably one of your oldest friends. You might have even forcibly tamed it out of habit.

Also called circadian arrhythmia, this unpleasant syndrome appears when you travel towards a different time zone and disrupt your biological clock. 3 out of 4 travelers say they suffer from jet lag. Flying towards the North or the South has little to no impact (time zones aren't that different), but your trips will become much more trying if you go from East to West... because the trips are longer !

From East to West, your plane is flying against the wind (the jet stream) and against the rotation of the Earth. If you live in New York, a trip to Paris definitely feels shorter than a trip to Japan - and that's because it is.

When you've slept badly (or worse, not at all), the first thing you notice is that you're completely wiped out. After one or two cups of coffee, you could be under the illusion that everything will be all right and that you will be able to go about your day: hairdresser, kindergarten bus driver, professional chainsaw handler, carrier for the nuclear codes... 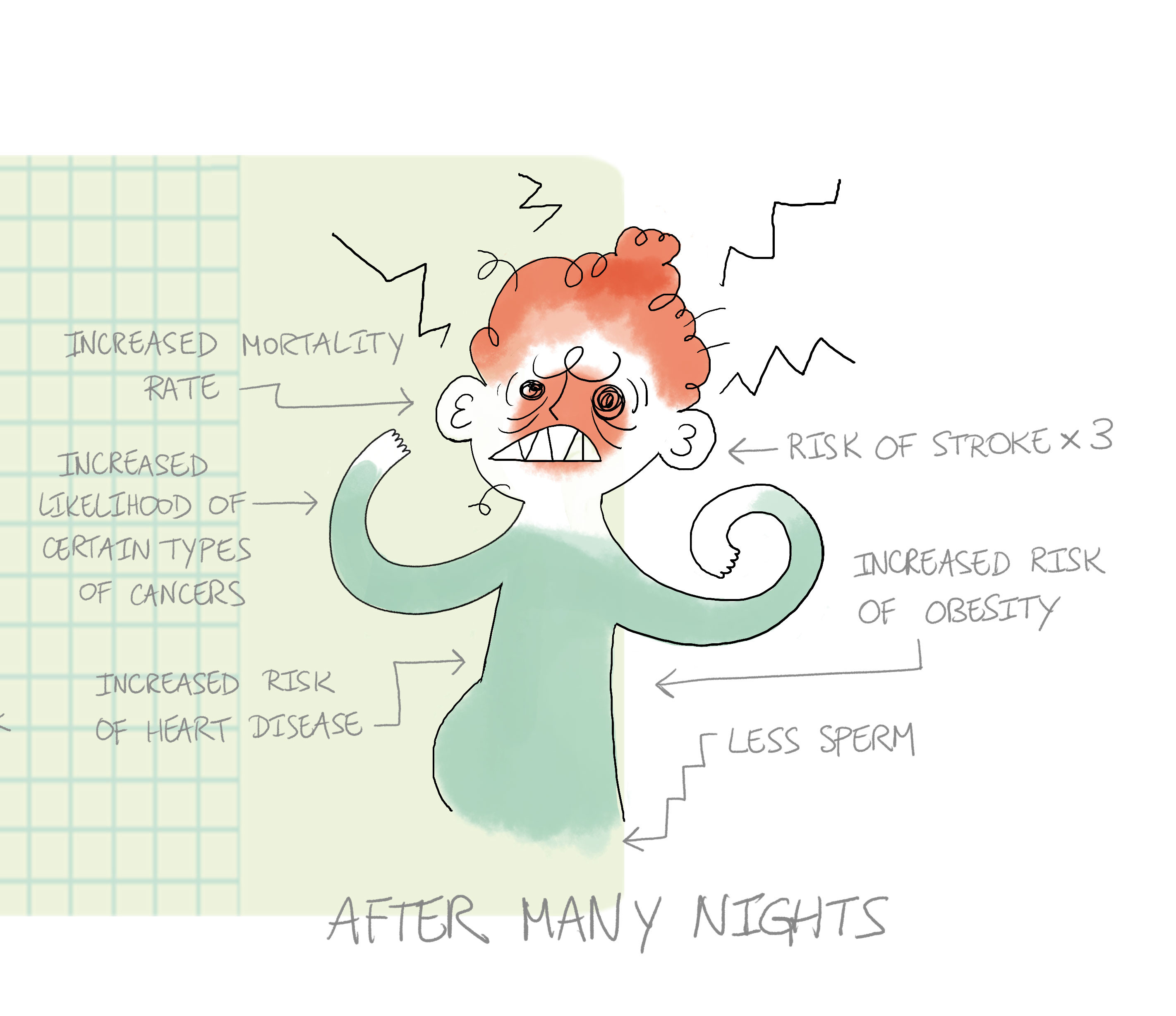 Be wary however of not acting like everything is fine, because everything is terribly not fine, but you can't even realize it considering the state you're in:

According to the National Sleep Foundation, with less than 6 hours of sleep per night, you triple your risks of having an accident on the road. If you're just naturally clumsy, that's not so great for your white shirt when you're having a nice bowl of tomato soup.

A study from the SLEEP journal shows that people who sleep for shorter amounts of time feel sadder and were considered to be less attractive. The emotional centers in your brain become 60% more reactive and you take everything personally (there you go. I told you that you're not so pretty and not so nice and now you're having a fit, calm down, go take a nap).

Sleep deprivation is also synonymous with loss of cerebral mass. Well, that's quite worrisome. One night of bad sleep is enough to find molecules in your blood meant to fix brain injuries, says SLEEP.

During your deep slow sleep (a stage in your sleep cycle), you consolidate your memory by recording the things you learned during the day. If you go without... well, you don't record anything. To top it off, you're so tired that your concentration goes out the window. 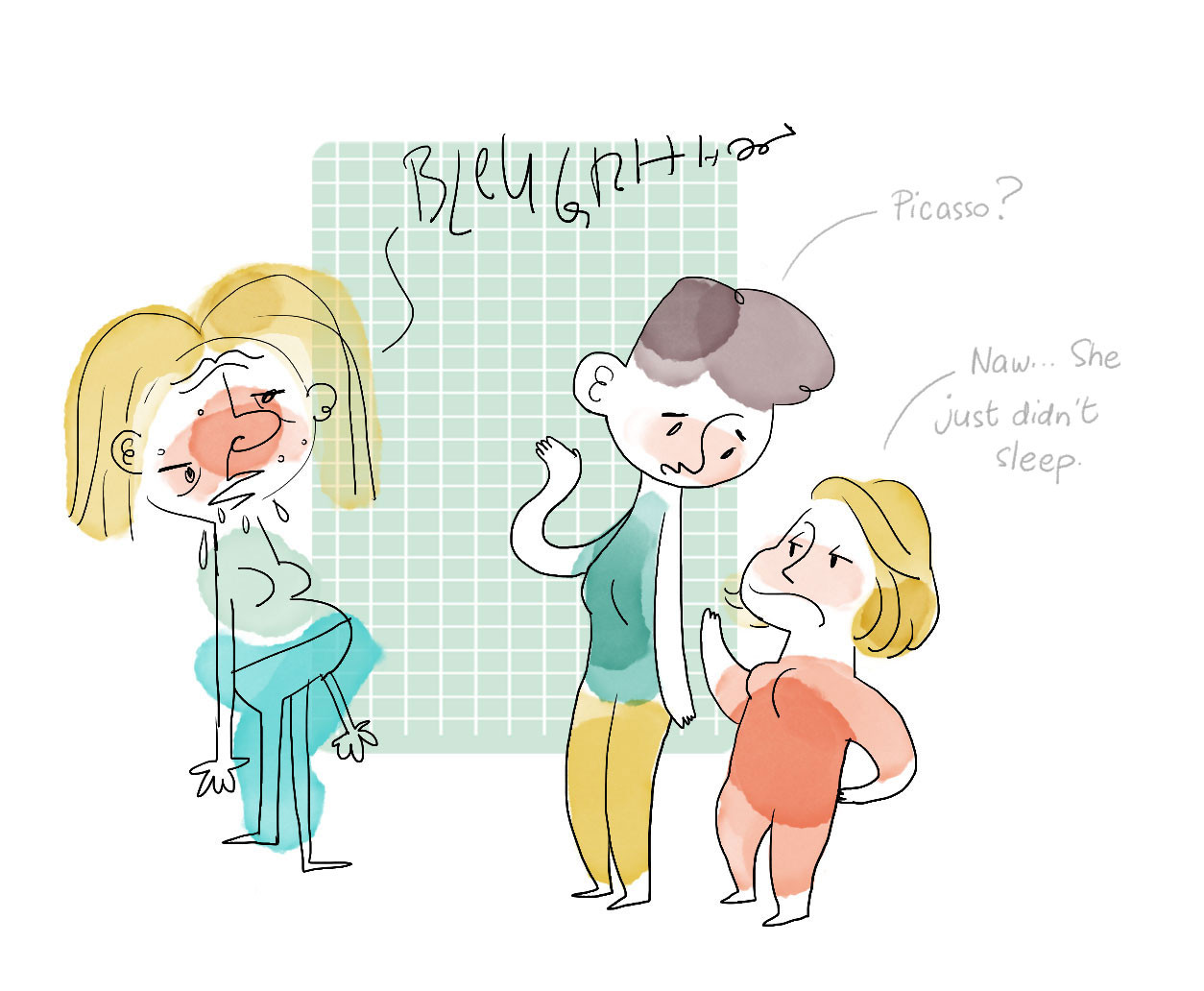 When you get a bad night's sleep, you're more likely to catch various diseases, but some of them should worry you more than others.

People who sleep less have twice as much calcium in their blood than normal. More calcium means the possibility that your arteries might clog. Strokes and heart attacks are coming to town...

You have 50% more chances of developing a colorectal adenoma (a tumor that can become malignant in the colon), breast cancer, and there's also a strong prevalence of cancer amongthose who suffer from sleep apnea.

Your immunity system's defenses are lowered and you find yourself catching every bug that goes by.

We don't want to burst your bubble, but this is the real deal. You'll have already understood that with all those extra risks, many people make it to the finish line earlier than planned. According to a study from SLEEP over a period of 10 to 14 years including over 1 700 people, men who sleep less than 6 hours a night suffer from an increase in fatality rate - even after calculations are adjusted for other factors such as diabetes and hypertension. 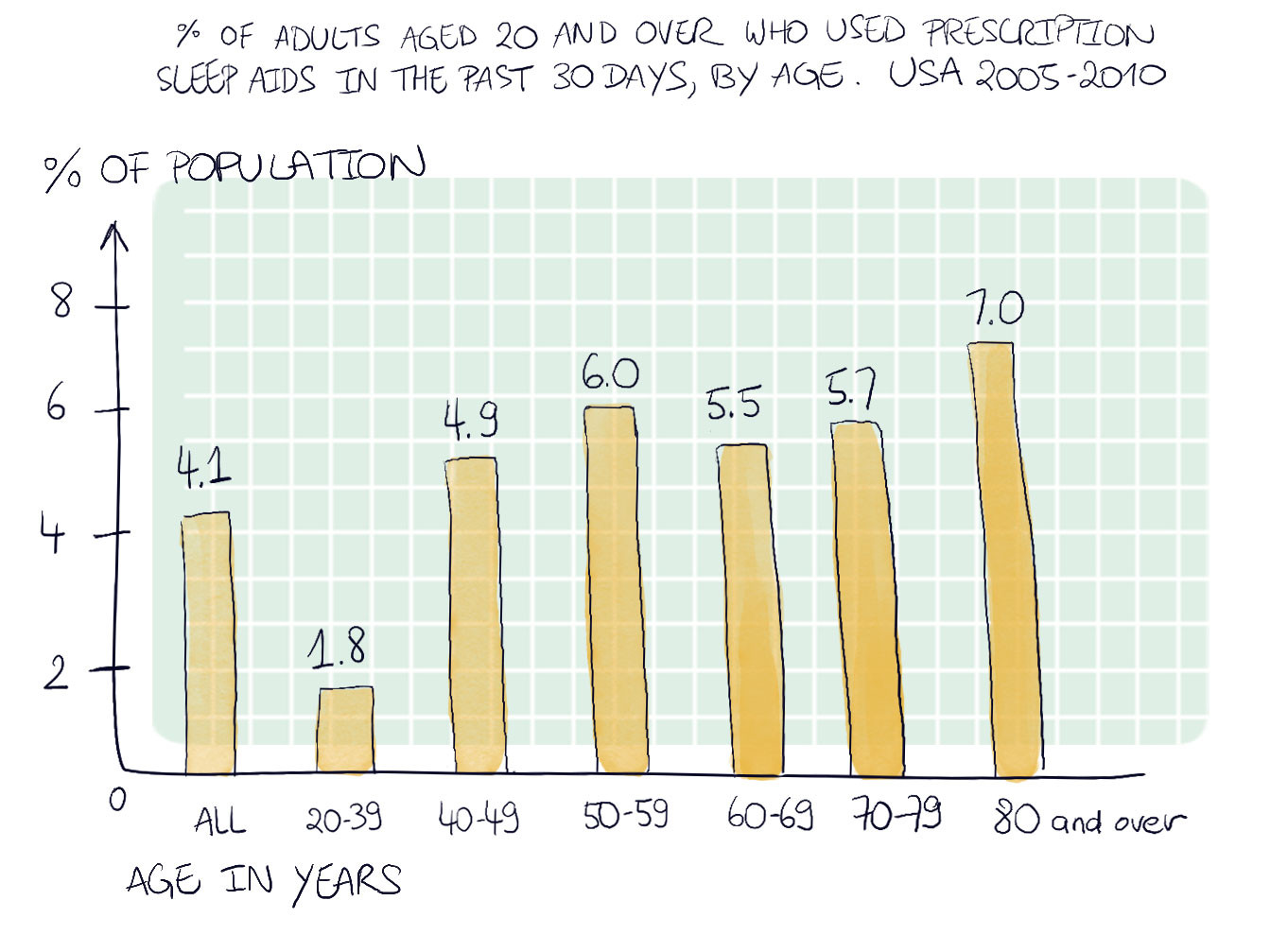 Lost as you are, unable to face your sleepless nights, what are you to do but take some sleeping pills ? Well, don't. (Though if you're here reading us, you've probably already decided not to go down that path).

Studies on sleeping pills are numerous and comprehensive, so we'll only mention the most important things we think you should be aware of: 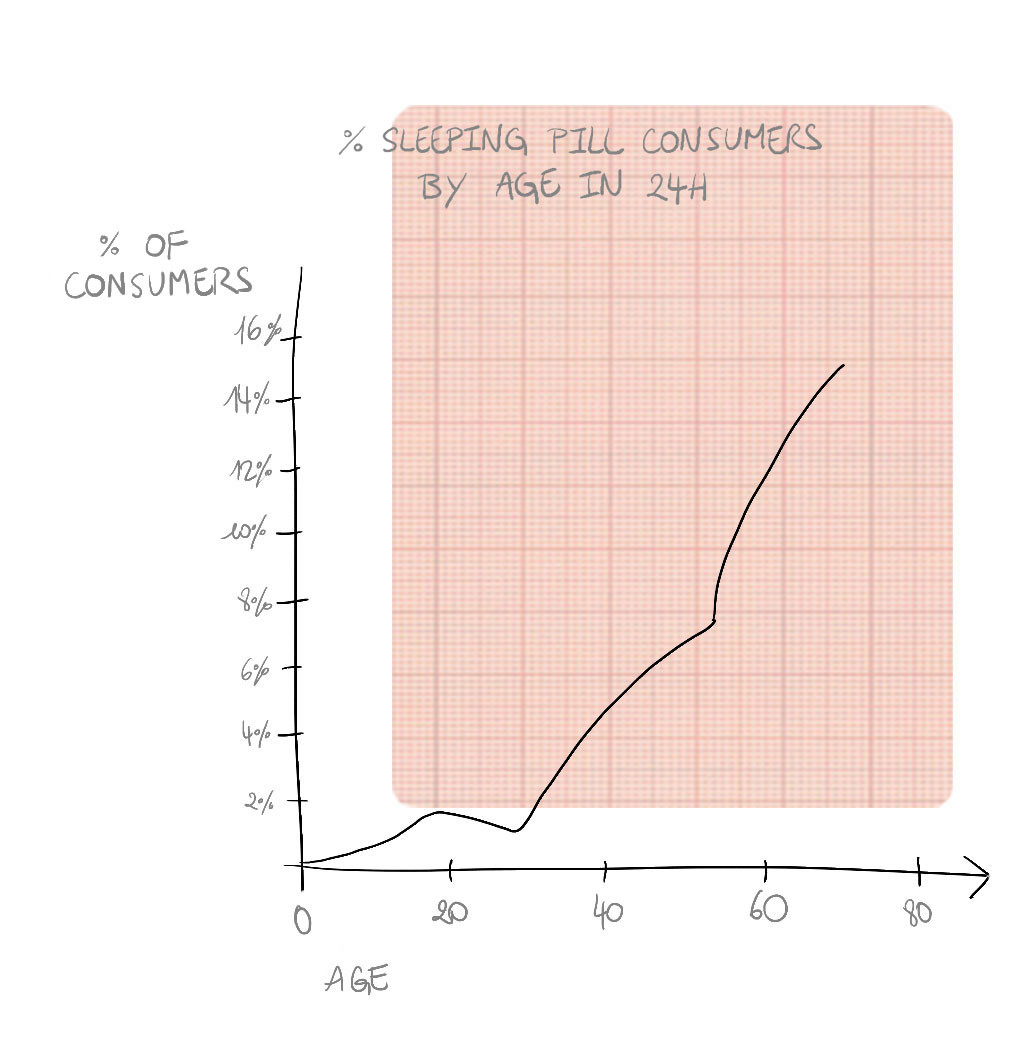 No sleeping pills, then. So what now ?

Among the different ways to fall asleep, hypnosis stands out as a technique used by therapists and sophrologists. Ericksonian hypnosis is founded on the work of Milton Erickson and is based on cooperative sessions between the doctor and patient. Patients will be taken to a state of profound relaxation where they will be able to find the solution to their problems on their own. Hypnosis is used for:

Ericksonian hypnosis can be particularly useful to help children fall asleep - the Dodow team took an interest in this endeavor and wrote Oda and the Wonderful Dodo, a hypnotic story to make kids fall asleep. Sleep is particularly important for children, who don't have the same biological clock as adults.

Be careful however, don't mistake therapeutic hypnosis with Houdini style magic. Sophrological hypnosis is part of a branch in scientifically verified medical psychology (even if it's still debated).

So are you sure you want to keep procrastinating on that super important thing you should do and end up having to spend the night on it ?

We hope we managed to change your mind about skipping out on sleep ! :) 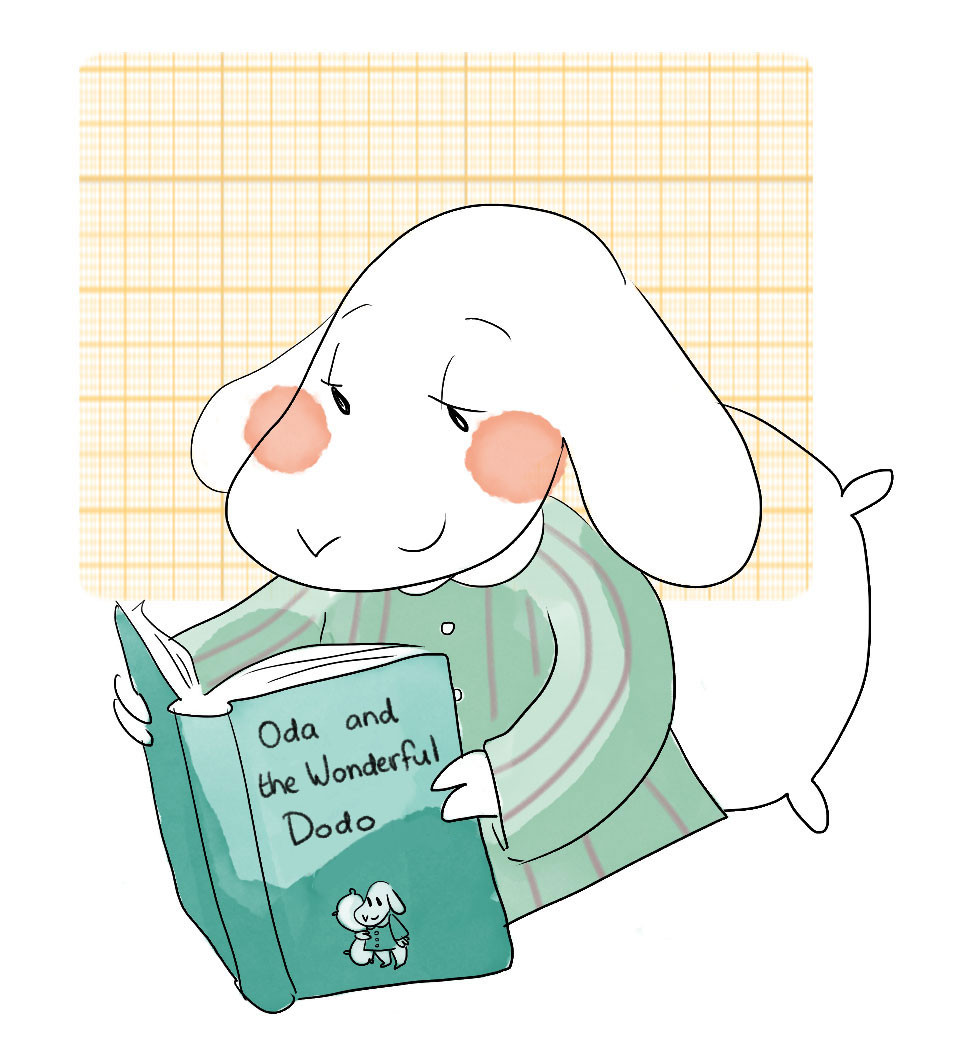 Sleep cycles, how do they work?