A friend tells you that she has just discovered hypnosis and that it changed her life: is your friend suddenly part of paranormal-hippie cult, or is she the victim of a new sort of pyramid scheme?

However, hypnosis isn't just the scam you see on TV. Unlike the romanced hypnosis in the media used in trendy gothic horrors, which show mediums losing control in the most frightful way, hypnosis is a real therapeutic process with concrete medical evidence than can help you learn how to fall asleep.

Hypnosis come from the greek word hupnos, which means sleep. To be hypnotized is to be is an altered state of consciousness, a hyper suggestive state which is related to meditation or drowsiness. It's not a sleep state, or an idle state.

How does it work ?

When you're conscious, you are governed by a list of psycho-social dos and don'ts. But when you're hypnotized, your consciousness is put on the back burner. Instead, the subconscious mind (or the unconscious mind, depending on whether you're speaking to Freud or Jane) is listening.

A number of things can be suggested to the subconscious mind - things it wants to do but can't achieve when the conscious mind is in charge. Its kind of like a psychological thumbs up that eliminates barriers in your mind.

A study from the University of Liège in 2009 showed that when a person is placed in a state of hypnosis, his perception of stimuli (painful or not) was diminished. 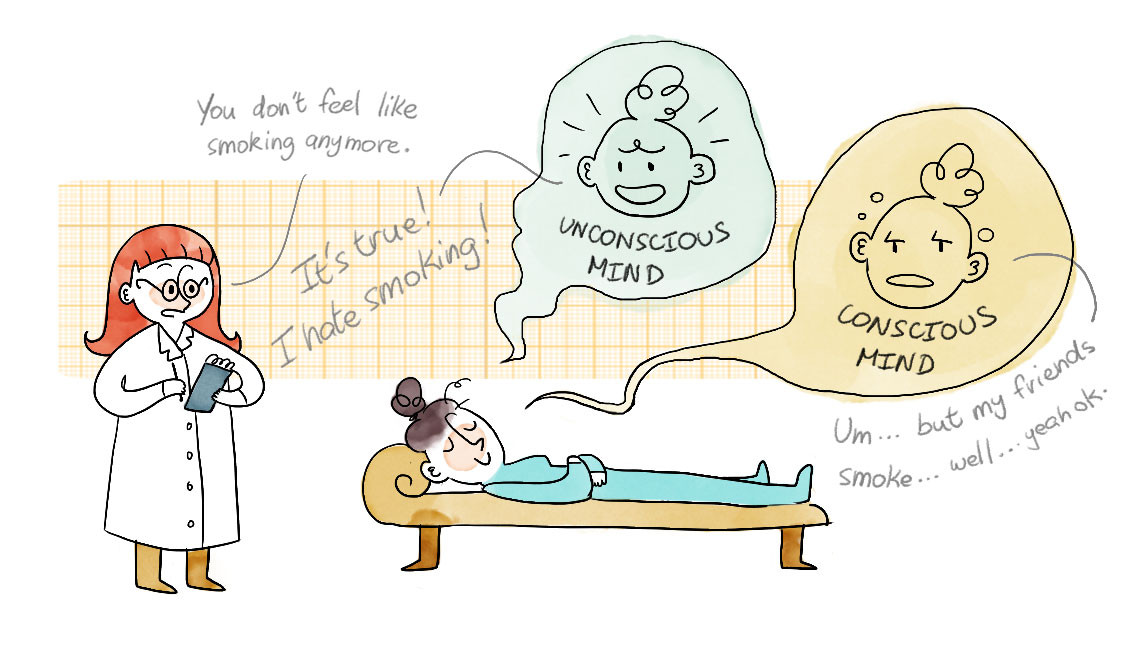 The usefulness of hypnosis

Now that you're reassured, in which cases can hypnosis help you? It's important to consult your therapist for more details, but as a general rule there are situations where hypnosis can be of some help.

If you have chronic insomnia due to stress, hypnosis can help you calm those worries. It can be practiced with a therapist or at home with self-hypnosis. It uses metaphors and suggestions to calm your intellectual hyperactivity, which keeps you awake, and can even mildly relieve physical pain that prevents you from sleeping.

Hypno-analgesia and hypno-sedation can contribute to anesthetic treatment for chronic pain, dental surgery, but also childbirth (for example).

Some digestive issues (due to stress, among other things) can be helped by a hypnosis session, especially for diarrhea and ulcers.

To be cured of bulimia, anorexia, but also simply to have the determination necessary to exercise and stand by healthy food choices.

If you want to stop smoking (whether it's tobacco or pot) you're on the right track, but you can have difficulties with withdrawal symptoms. Hypnosis can help you get over them, especially when you realize there is an 80% success rate!

The first thing to come to mind is stress, but that's not all: phobia, anxiety, memory problems or shyness, impotence or frigidity but also eczema (often found in young children that can't express their plight), asthma, etc.

However, don't bank on hypnosis for very serious illnesses -you mind end up like Steve Jobs (who tried to cure pancreatic cancer with fruit) or Bob Marley (who decided to ignore the gangrene he had on his toe and smoke more pot). Regarding weaning off of hard drugs, serious psychological diseases (like schizophrenia) and fatal diseases (cancers all sorts), you CANNOT forego regular medical treatment. 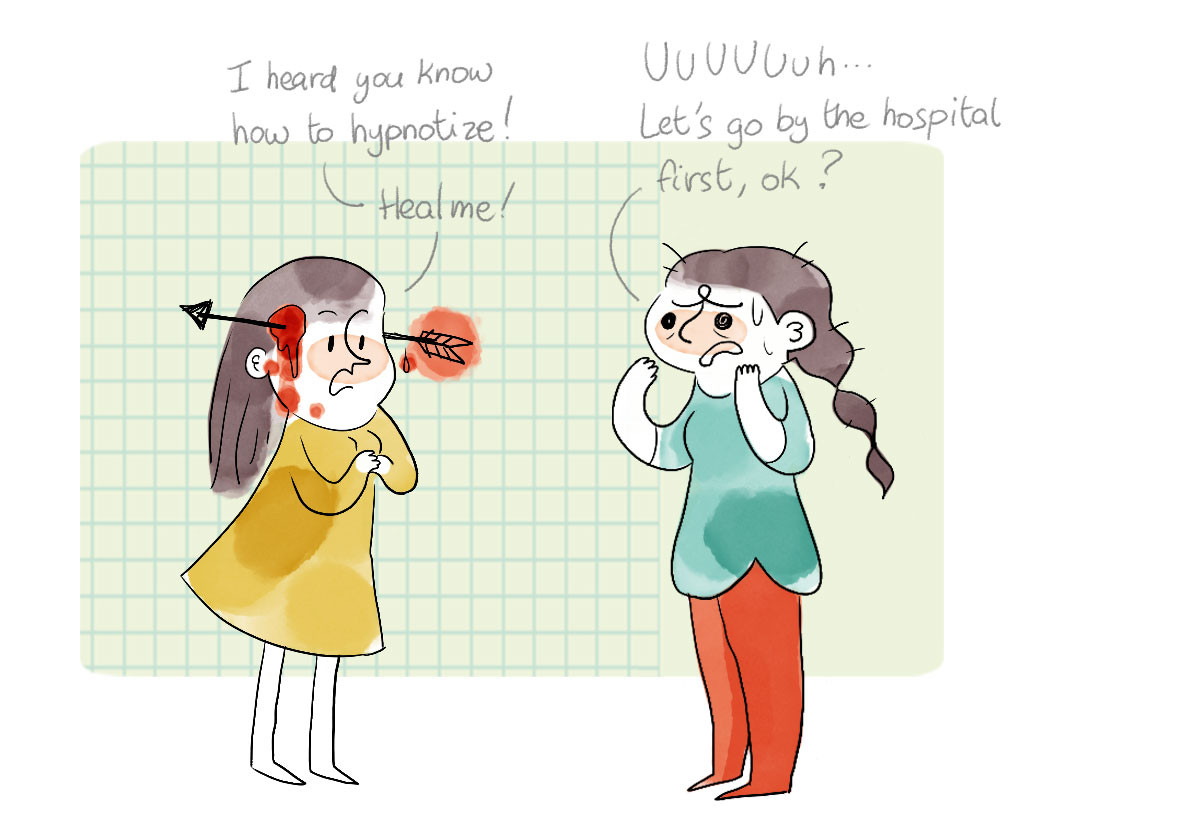 Who can be hypnotized ? Who can hypnotize ?

The answer to both these questions are the same: everyone. Some people have an easier time reaching an altered state of consciousness, but everyone has the potential to get there if they benefit from good conditioning... and if they agree to it! According to a study from the university of Stanford, 5% of the population is resistant to hypnosis, and 10% are able to reach the altered state of consciousness much faster.

You can learn different hypnosis techniques in a book or through psychological and medical studies, but you can also self-hypnotize thanks to guides and audio cassettes.

Your subconscious mind is an honest entity: it holds your true personality and no one can make it do what it doesn't want to do. If the patient receives a suggestion which contradicts his profound moral values (or even if he simply really doesn't feel like doing it at all), he will immediately come out of his trance. It will be even harder (or impossible) to re-hypnotize this person, because they will have lost all trust in the hypnotist.

To this day, no undesired effect which can be unquestionably attributed to hypnosis exists in scientific literature. Hypnotizing yourself or getting hypnotized by someone else is just as dangerous as taking a nap! 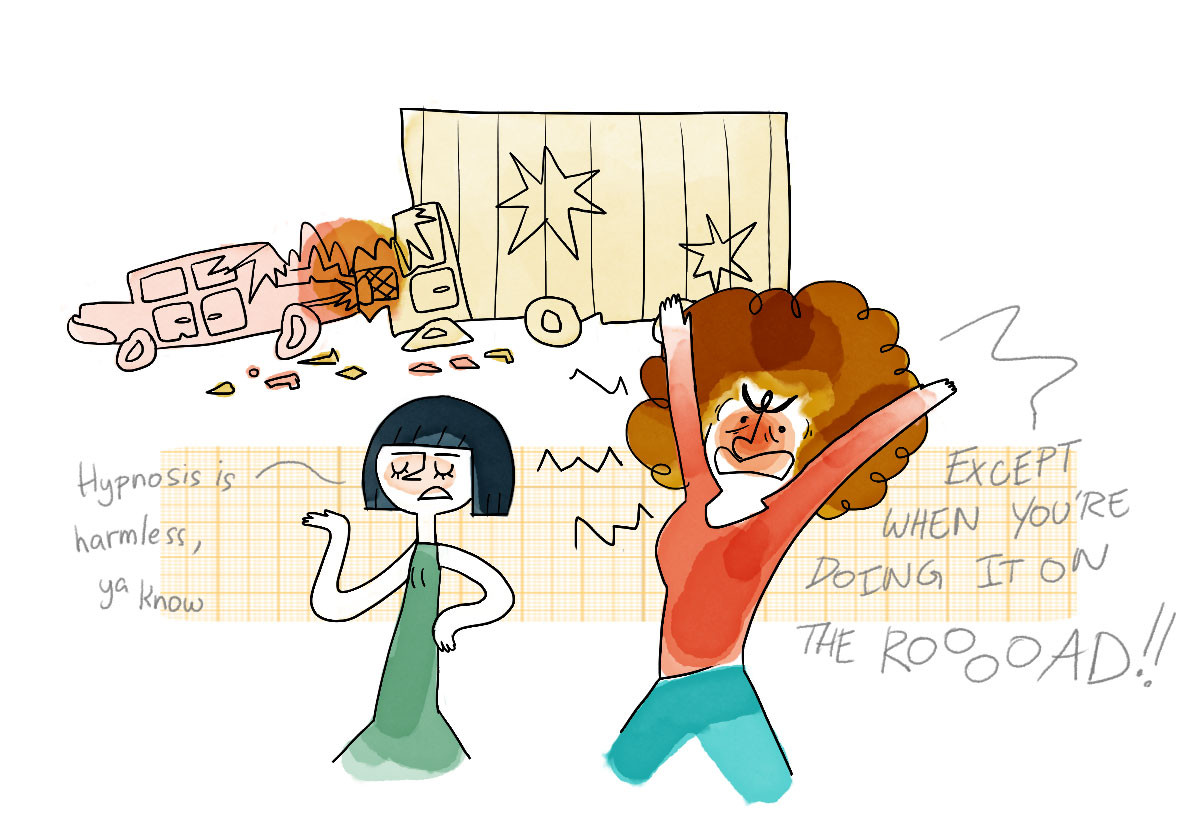 The states of hypnosis

Also called controlled confusion, it's the first stage of hypnosis. It consists in disassociating the patient from his immediate surroundings to allow him to make abstraction of it and freely let loose his imagination. He can then be at home in his own mind and be lucid enough to find a solution to his problem.

The hypnotist can associate the transition to the trance state with a word, a movement or a sound to ease the subject into the trance more easily for the next sessions.

In this phase, the patient reconciles his problem with his abilities after examining them during the disassociation phase.

By coming out of hypnosis, the patient becomes completely lucid and conscious.

Hypnosis helps your mind stop racing, and creates and ideal state to get to sleep. This is why we created the Hoom projet: hypnotic immersive stories and relaxing ambiances available on a mobile app, you can listen to with HoomBand, our audio headband, properly made for sleep.

We gathered hypnotherapists, sophrologists, sleep doctors among other specialists to create and record this exclusive audio content, designed to help you fall asleep!

You can have a look at the project on the HoomBand website!

And just below is an exclusive link to listen to our sleep story "Journey into inner earth" :

Oda and the Wonderful Dodo: a solution for children who can't sleep

As an inoffensive and completely natural technique relying on the power of imagination, hypnosis seems like the ideal treatment for sleepless kids. That's why we created Oda and the Wonderful Dodo, a book based on the works of Swedish psychologist Carl-Johan Forssén Ehrlin, to help put your kids to bed.

In this book, induction is manifested by walking down a long staircase. It is a metaphor for descending into the unconscious mind - metaphors are key tools of hypnosis which create a guiding thread and help the patient visualize the process.

Visual and auditory illustrations help children imagine an environment that helps them fall asleep inside their room. Throughout the adventure, specific adjectives are repeated to suggest to the child that he is exhausted and needs to sleep right away.

Suggestions, metaphors, injunctions - all these tools are put into place to relax your child and allow him to softly put himself to sleep while being and feeling completely safe. 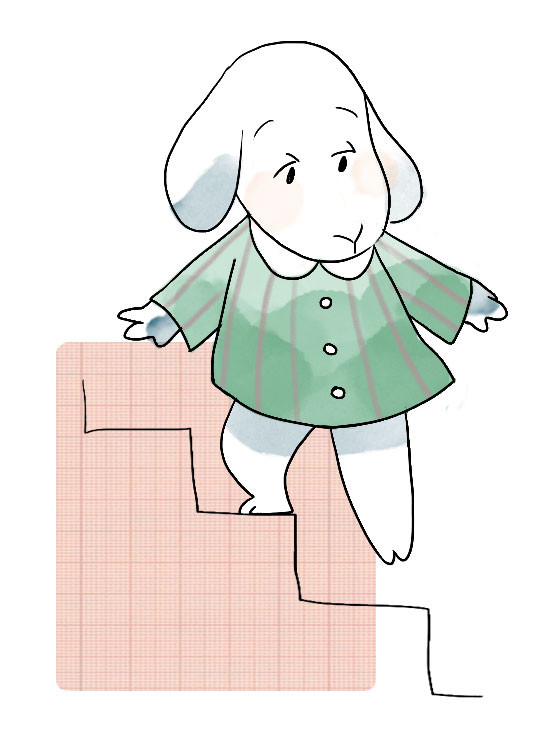 Are you sleep deprived ? Find out how it works and how it affects you!

Learn how the sleep cycle works in adults