Side effects of sleeping pills

Here at Dodow, we made the choice of finding a natural way to help you fall asleep. The alternative is sleeping pills... and we don't want that! We'll tell you why it's not our tool of choice to fall asleep fast, and why you especially shouldn't take any for your pregnancy insomnia.

What are sleeping pills ?

This psychotropic is the most common sleeping pill. It was created with a prescription plan of 7 to 10 days in mind, even though today it is prescribed much longer (even though it shouldn't be). In 2008, over 5% of Americans (adults between the ages of 18 to 80) filled at least one prescription for benzodiazepine even though it affects the brain's nerve endings and relaxes the muscles.

Barbiturates are particularly toxic in case of overdose. It has reached the point where the most used barbiturate (phenobarbital) has been banned from sleeping pills and can only be used for epilepsy thanks to its anti-convulsive properties (since 2001).

Yes, these are the same antihistamines that you take to fight off allergies - they also have the ability to put you to sleep. But they are also anti-dopamine and anti-serotonin, which doesn't improve your mood... Secondary effects include increased photo-sensitivity, dry mouth, or even constipation. 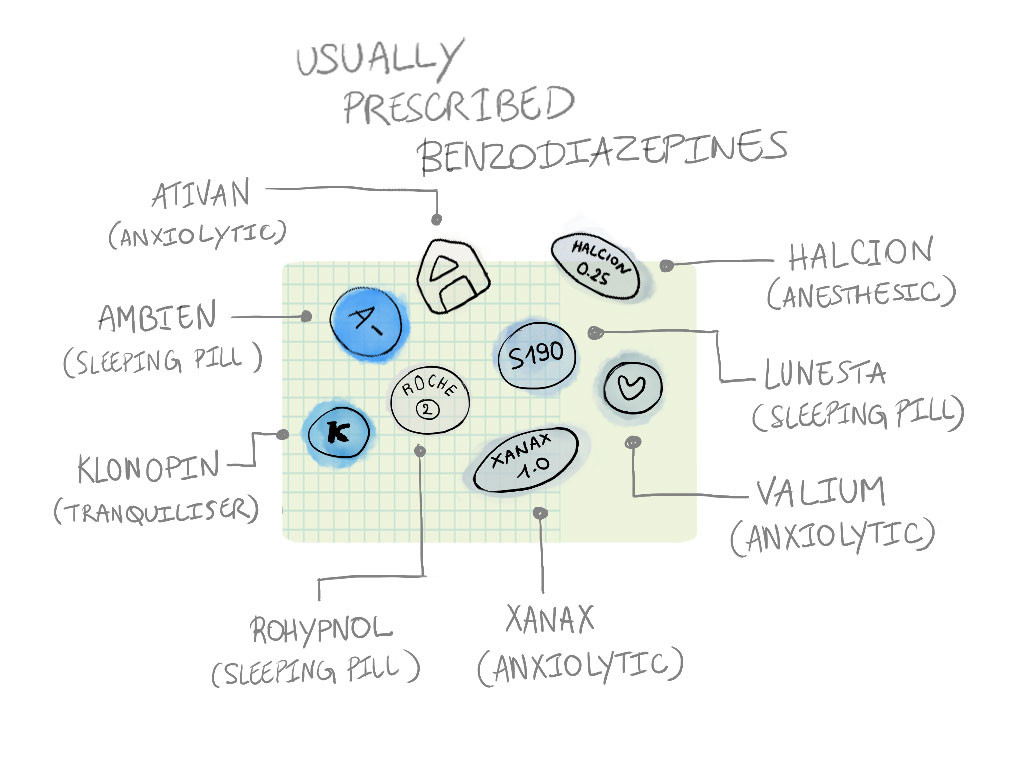 A high price for your body to pay

Let's be honest: the first thing to know about sleeping pills is that they represent a mortal danger in the long term. A study from the British Medical Journal in 2012 regarding patients from a sleep center in California shows that there is a correlation between taking sleeping pills and premature death, whether you're a sleeping pill aficionado or an occasional consumer.

This study went from 2002 to 2007 and took into account 24 000 individuals divided in 2 groups, those who took sleeping pills and those who didn't. The results weren't reassuring: the group who didn't take sleeping pills saw their risk of death multiplied by 4, and by 3 for those having taken less than 18 doses a year. They also witnessed a 35% increase in cancer rate, as well as regurgitation problems in the esophagus, ulcers, attention and awareness problems, possible worsening of sleep apnea, breathing problems during the night and pulmonary infections, sleep walking behaviors and more.

Among the eldest patients, there is a risk of falling due to loss of balance (which is very dangerous for seniors) and memory alteration (with Alzheimer's disease for example). It is even suspected that negatively affects the neuronal aging process. A study from the university of Washington found a correlation between taking long term sleeping pills and the appearance of dementia in people over 65 years of age. 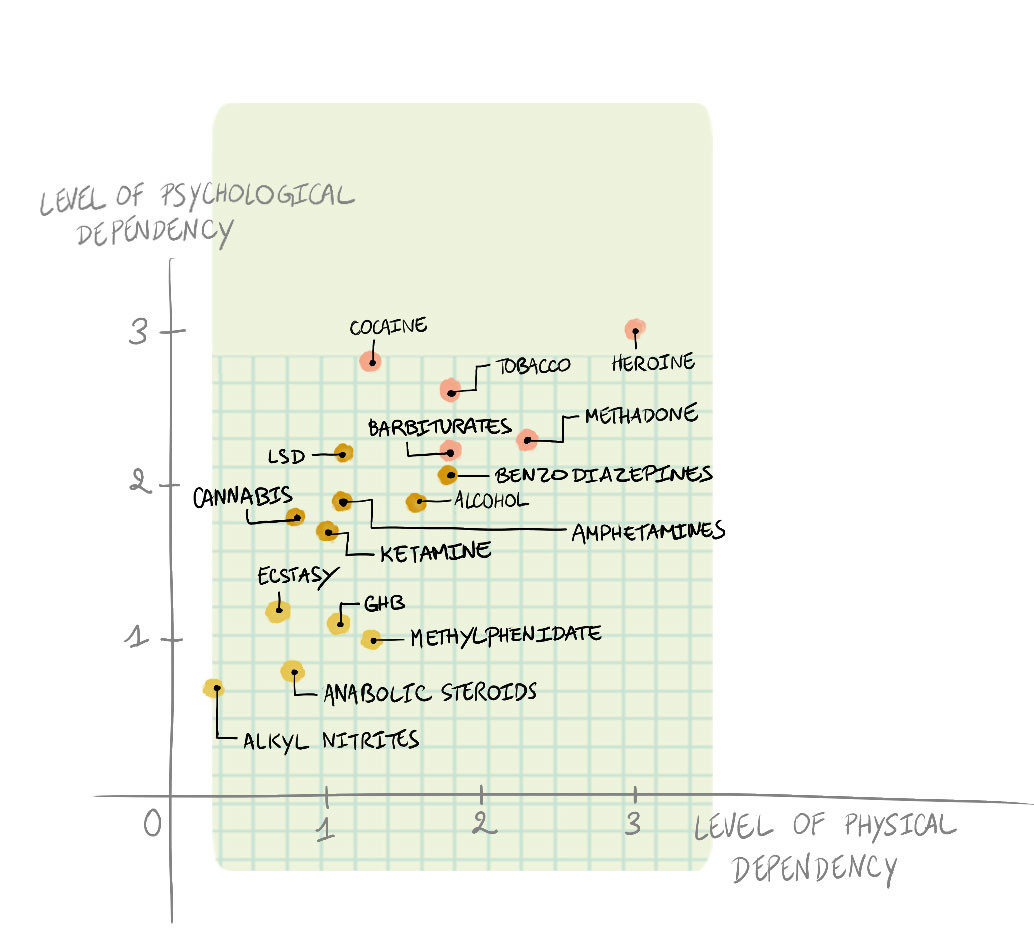 A tendency of overuse

The numbers don't lie: in the US today, 10% of the American population suffers from insomnia while nearly 9 million adults use sleeping pills.

Now, these sleeping pills don't pop out of nowhere. Usually, these unnecessary prescriptions are given either during a surgical operation or hospitalization, either when the prescription is automatically renewed. The most attractive thing about sleeping pills is their effectiveness, which is almost immediate. Doctors, like patients, might want to pick an easy solution even thought there are a few consequences in the long run.

Once you've started taking sleeping pills, it's even harder to stop: 25% of people who take sleeping pills for more than 3 months become dependent. They will suffer from withdrawal symptoms if they try to stop, but will have to increase their dosage to make sure they continue to be efficient.

However, alternative and efficient solutions exist, like meditation, cognitive and behavioral therapies, which treat sleep problems at the root. However, they do require a minimal investment on the patient's part in the long run. That's why we've developed Dodow, a simple way of learning relaxation exercises and offer a solution to people who would like to fall asleep on their own.

The height of absurdity is that sleeping pills and anti-anxiety pills are preferred for their ease of use and efficiency, but in reality they're not even as efficient as we think they are. The American Food & Drug Administration has noticed that Sonata (one sleeping pill among many others) didn't increase the time patients spent sleeping. Those who had taken a 10 milligram dose and patients who had taken no medication all slept between 6 hours and 20 minutes. Those who took no drugs took on average 36 minutes to fall asleep during the first week of testing, which is about 14 minutes less than the group which took medication.

One out of 20 people said they were tired the next day, and some of them mentioned memory problems...

If you don't have a choice

Insomnia is often the symptom of another underlying disease which could be neurological in origin. Narcolepsy or idiopathic hypersomnia, for example. In the eventuality where nothing works and you find yourself in the impossible position of having to take sleeping pills in order to function in society, there are some safety imperatives that you should remember in order to minimize risks. 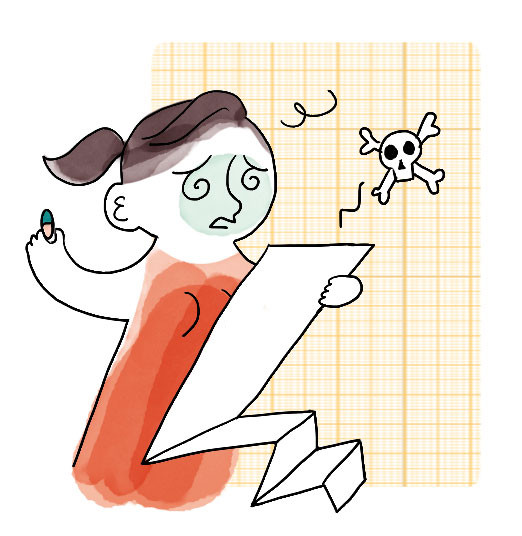 For more information, you can take a look here:

Hypnotics' association with mortality or cancer: a matched cohort study

Benzodiazepine use and risk of Alzheimer’s disease: case-control study

A study on Sonata, a common hypnotic

On the same topic:

Did you know? You can do yoga while pregnant!

Don't know what to eat while pregnant? Check out this list!

Find out which sleeping position suits you best while pregnant

Make sure not to eat these things while pregnant, you never know!